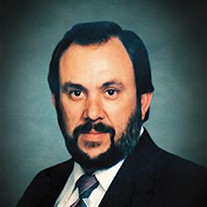 Raymond Lesley White Jr., 65, left this world to join his beloved wife, Verline, on May 21, 2019. Funeral services will be held at 1:00 PM on Wednesday, May 29, 2019, at Starling –Evans Funeral Home with the Revered Richard Bowen officiating. Interment will follow in Westover Memorial Park, Augusta, Ga. He left behind three daughters, Kathryn Robinson (Douglas), Alicia Greene (Travis), and Angela Duncan, his sisters Carolyn Smith (Grovetown) and Malissa Roye (Augusta). He had 8 beloved grandchildren: Kayla, Malynn, Chase, Chloe, Carley, Carson, Brantley, and Connor and 1 great grandchild: Asa. He also leaves behind a host of nieces and nephews. He was proceeded in death by his loving wife Verline White, his parents Raymond and Pauline White, his brother James White and sister Ruby Jones, his honorary brothers Leonard Roye, Rex Roye, Randall Roye, and Raleigh Roye, and his honorary sister Selina Roye. Ray was a good man. He was an honest, caring, fun, and honorable man. In a world where that is exceedingly rare- he can meet his maker with a clean conscious and hear him say, “Well done, my son.” He dedicated over 40 years to the Plumbers and Steamfitters Local 150 Union where he was a hardworking man. He was faithful to his wife for over 40 years and was always there to provide for and love his children. He will be missed, but what a time Ray must be having now. Pallbearers will be Christopher Williams, Travis Greene, Dennis Smith, Timothy Roye, Aaron Roye, Jeremy Cooper and Ronnie Canuette. The family will receive friends on Tuesday, May 28, 2019, from 6:00 PM until 8:00 PM at the funeral home.

Raymond Lesley White Jr., 65, left this world to join his beloved wife, Verline, on May 21, 2019. Funeral services will be held at 1:00 PM on Wednesday, May 29, 2019, at Starling &#8211;Evans Funeral Home with the Revered Richard Bowen officiating.... View Obituary & Service Information

The family of Mr. Raymond L. White Jr. created this Life Tributes page to make it easy to share your memories.

Send flowers to the White family.