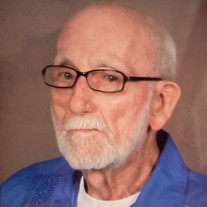 Paul Townsend Owens, "PT", 90, of Grovetown, Georgia went to be with the Lord on Monday at home following a brief illness. Paul was born on September 11, 1930 in Loudon County, Virginia to Taylor and Cathern Owens. He served in the United States Army from 1948- 1952. Where he obtained the rank of Sergeant First Class (SFC). PT served two campaigns in Korea and was awarded numerous service medals including the Good Conduct Medal, Korean Service Medal, One Bronze Star, and the UN Service Medal. PT had a long career with Atlanta Transit/MARTA as a bus driver from 1956-1979 and then transitioned to the MARTA rail line from 1979 until he retired in 1991. He was best known for his pristine driving record where after thirty four years of service he never had a preventable accident! One of his proudest moments was taking first place in the first annual MARTA Bus Roadeo in 1976. This accomplishment earned him a trip to the international competition between USA, Canada and Mexico where he took home second place! Paul also bowled on the Atlanta Transit League, enjoyed watching the Braves baseball, girls softball and basketball. Paul loved the Lord and was a faithful member of Kiokee Baptist Church. Paul was a kind man who will be missed by all who knew him. Paul is survived by his daughter, Lisa O. Campbell of Grovetown; Two sisters, Era Reid of Woodbridge, Va., Mary Robey of Winchester, Va.; three grandsons, Caleb McCarty (Daisy) of Grovetown, Saxon Campbell (Jayden) of Grovetown, Shawn Campbell (Mackenzie) of Chesapeake, Va; granddaughter Sarah Campbell of Luray, Va; two great granddaughters Adelaide and Annalise and great grandson due in February, Townsend Campbell. Paul is proceeded in death by his loving wife Iris, son-in-law Bob, sister Dorthy Cozzens, and three brothers Lawrence, Taylor and John. The Family would like to thank MSA hospice for their compassionate care. Friends are invited to pay their respects on Wednesday at the Starling Funeral Home in Harlem, Georgia. Graveside services will be held on Thursday at the Bethel United Methodist Church Cemetery in Stockbridge Georgia. In lieu of flowers the family requests that donations be made to Columbia County Cares food pantry.

Paul Townsend Owens, "PT", 90, of Grovetown, Georgia went to be with the Lord on Monday at home following a brief illness. Paul was born on September 11, 1930 in Loudon County, Virginia to Taylor and Cathern Owens. He served in the United... View Obituary & Service Information

The family of Paul Townsend Owens created this Life Tributes page to make it easy to share your memories.

Send flowers to the Owens family.