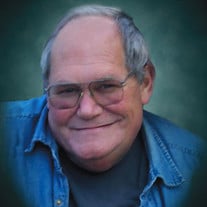 Harlem, Ga – Michael Joseph Haas, 66, husband of 17 years to Cheryl Anderson Haas, entered into rest on Tuesday, May 8, 2018. Visitation will be held at the Starling-Evans Funeral Home at 10:00 AM followed by graveside services at South Harlem Memorial Gardens, South Bell Street, Harlem, at 11:00 AM on Monday, May 14, 2018. Masonic Rites and Military honors will be accorded followed by a prayer by Dr. Clayton Galloway. Mr. Haas was born in Piopolis, Illinois to the late Joseph and Alice Haas and was a U.S. Army veteran. He graduated from Georgia Military College with an Associate’s degree in Criminal Justice. He obtained his Bachelor’s degree in Business and a Master’s degree in Business Administration from Brenau University. He taught Criminal Justice for 14 years at Georgia Military College. Mr. Haas was previously a Sergeant for the Augusta Police Department. He served for 10 years as a Parole Officer for the State of Georgia. During his career, he worked at Augusta State Medical Prison (ASMP) as a Counselor and as Operations Analyst and Augusta Transitional Center as a Counselor. He also worked at Lee State Prison as the The Deputy Warden of Care and Treatment. Mr. Haas retired in 2010 as the Medical Reprieve Coordinator for the Office of Health Services for the Georgia Department of Corrections. Mr. Haas was a Mason for 26 years and was Past Master Mason for Martinez Masonic Lodge No. 710. Survivors include his wife, Cheryl A. Haas; two daughters, Stephanie Lynne Ward and Mary Haas; mother-in-law, Mary Alice Anderson; brother-in-law William Michael Anderson (Jennifer); and a number of grandchildren and great-grandchildren. Mr. Haas was preceded in death by a daughter, Suzanne Y. Haas. The family will receive friends at the funeral home, on Monday, May 14, 2018, from 10:00 AM until time of service. In lieu of flowers, the family requests that donations be made to: Martinez Masonic Lodge No.710, PO Box 211628, Martinez, Georgia 30917.

Harlem, Ga &#8211; Michael Joseph Haas, 66, husband of 17 years to Cheryl Anderson Haas, entered into rest on Tuesday, May 8, 2018. Visitation will be held at the Starling-Evans Funeral Home at 10:00 AM followed by graveside services at South... View Obituary & Service Information

The family of Michael Joseph Haas created this Life Tributes page to make it easy to share your memories.

Send flowers to the Haas family.