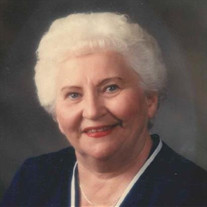 Harlem, Ga – Mrs. Lucy Ann Blanchard Singleton entered into eternal rest on July 5, 2018 at Thomson Health and Rehabilitation Home. She was preceded in death by her first husband, Glenn Stephens Phillips, Jr. and her second husband, John Henry Singleton, Jr.; her parents Bertha and Clarence Blanchard and her brother, Billy Frank Blanchard. She is survived by two daughters and three sons: Linda Culpepper (Bobby), Jennifer Moon, Glenn Phillips, III (Sherry), Mell Phillips (Tatiana) and John Singleton, III (Tommy); five grandchildren, Stacy Culpepper (Cheryl), Brian Culpepper (Melissa), Justin Moon, Stephen Phillips (Brandy), Timothy Phillips (Jenna) and Lauren Smith; and a host of great-grandchildren. Lucy Ann was born in Jacksonville, Florida on October 17, 1925. Her parents moved the family to Harlem to be close to McDuffie County where they grew up. Lucy Ann graduated from Harlem High School and later from LaGrange College. She married her childhood sweetheart, Glenn Phillips, Jr. and started her career as a teacher. She was a member of Harlem United Methodist Church. She worked with children but, her greatest joy was in playing the organ. After the death of her first husband, she met and married John H. singleton, Jr. from Washington, Georgia. She joined the Presbyterian Church which was her husband’s church, again playing the organ for that church and sometimes the Episcopal Church. Over the years, she had many interests including many kinds of music from church to opera to popular artists like Glenn Miller and his band. She also enjoyed genealogy research and travel to include some overseas travel. In Harlem she was a member of the Little Mother’s Bridge Club. In Washington she was a member and leader in several organizations to include the Kettle Creek Chapter of NSDAR, the Huguenot Society, The Rev. Pierre Robert Chapter of Colonial Dames, American Colonist-Saint Paul’s Chapter and the Washington Woman’s Club. A special thank you to Heartland Hospice for the loving care they provided for mother in the last weeks of her life. A Celebration of Life Service will be held at the Harlem United Methodist Church at 2:00 PM on Saturday, July 14, 2018 with a Visitation starting at 1:00 PM at the church. If so desired, Memorial Contributions may be made to Harlem United Methodist Church, PO Box 39, Harlem, Georgia 30814.

The family of Mrs. Lucy Ann Blanchard Singleton created this Life Tributes page to make it easy to share your memories.

Send flowers to the Singleton family.