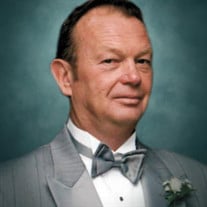 Mr. David McNutt Grovetown, Ga. – John David McNutt, 77, husband of Hazel W. McNutt, entered into rest on Wednesday, August 24, 2016, at Doctors Hospital of Augusta. Funeral services will be held at 3:00 PM on Monday, August 29, 2016, at Starling-Evans Funeral Home Chapel, Harlem, Ga. Inurnment will follow in Bellevue Memorial Gardens with Military Honors. Mr. McNutt was born in Augusta, Michigan to the late Richard and Evelyn McNutt. He was an U.S. Army Veteran having served in Vietnam and he was a superintendent for Metric Construction. Survivors include his wife, Hazel Wilkes McNutt; one son, Michael McNutt (Ruth); one brother, Richard C. McNutt (Patricia); one sister, Betty Kent; four grandchildren and nine great-grandchildren. He was preceded in death by his step-daughter, Diane Ferland, a step-son, Louis Jones, and a brother-in-law Bill Kent. If so desired, memorials may be made to the Wounded Warrior Project, 1190 Interstate Parkway Augusta, GA 30909 The family will receive friends on Monday from 2:00 PM until time of service at the funeral home.

The family of Mr. John David McNutt created this Life Tributes page to make it easy to share your memories.

Send flowers to the McNutt family.