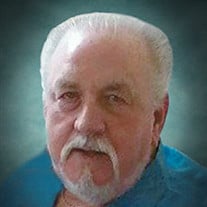 Mr. Jimmy Crawford Pritchard, 79, of Harlem, GA peacefully went to be with the Lord on Monday, April 18, 2022. Mr. Pritchard was born in the beautiful mountains of North Carolina, the son of John and Emily Pritchard. Mr. Pritchard served a long and distinguished career of 22 years in the United States Army which included tours in Vietnam. He is a decorated veteran. While serving in the military, he was educated at the University of Tennessee and Northwestern Medical School in the Art and Science of Prosthetics and Orthotics. He served as the NCOIC of the Eisenhower Medical Center Orthopedic Brace Shop at Ft. Gordon, GA for many years. After retiring from the military, he received his real estate license and eventually became the broker of his own real estate company, American Dream Realty. With continued success, he eventually sold his company so he could spend more time with his beloved grandchildren and become more active in his church. He was a member of Bethesda Baptist Church where he served as a deacon for many wonderful years. Mr. Pritchard loved to read and enjoyed watching a variety of sports but particularly he loved a good fight! Boxing and the MMA were sports he thoroughly enjoyed. Which explains why Mr. Pritchard was such an awesome prayer warrior and was regularly sought to pray over those in need. He loved God. He loved his family and lived a long fulfilling life full of love and many wonderful things. He is survived by his son, Jimmy Pritchard; his daughter, Cindy McRoy; five grandchildren, Michelle Shirley, Maxine Hodges, Melody Busch, Harrison Pritchard, and Eden Pritchard; and three great grandchildren, Caden Hodges, Landon Hodges, and Owen Hodges. In addition to his parents, he was preceded in death by his beloved wife, Mrs. Violet America Pritchard; one brother, Johnnie Pritchard; and four sisters, Shirley Fox, Gail Matthews, Dale Garner and Myrtle Pritchard. Mr. Pritchard will be sincerely missed. Funeral services will be held Friday, April 22, 2022, at 1:00 PM at Bethesda Baptist Church with Dr. Clayton Galloway officiating. Interment will follow at South Harlem Memorial Gardens. The family will receive friends one hour prior to the service at the church.

Mr. Jimmy Crawford Pritchard, 79, of Harlem, GA peacefully went to be with the Lord on Monday, April 18, 2022. Mr. Pritchard was born in the beautiful mountains of North Carolina, the son of John and Emily Pritchard. Mr. Pritchard served... View Obituary & Service Information

The family of Jimmy Crawford Pritchard created this Life Tributes page to make it easy to share your memories.

Send flowers to the Pritchard family.