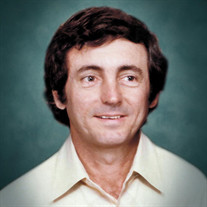 Mr. Frank H. Turner Harlem – Frank Hezekiah Turner, 80, husband of 41 years to Barbara Davis Turner, entered into rest on Friday, October 28, 2016, at his residence. Graveside services will be held on Monday, October 31, 2016, at 11:00 AM in Harlem Memorial Cemetery with the Rev. John Moore and Charles Trippe officiating. Mr. Turner was born in Wrens, Ga. to the late George Albert and Mary Oliphant Turner. He was an U.S. Army veteran, having served two years in Korea during the Cold War. Mr. Turner was a graduate of Georgia Southern where he received his BA in English. Through his career as an Educator, he had taught at Martinez Elementary School, Wrens High School and in Moncks Corner, SC. He worked for CE Lummus Construction Company. Mr. Turner was a fan of Jazz music, an Art enthusiast, and a collector of useless information. Survivors include his wife, Mrs. Barbara Turner; his daughter, Blythe Nichols and son-in-law Bobby Nichols; one brother, Tom Oliphant Turner; one sister, Martha Pinson; two grandchildren, Claire Leigh Nichols and Madeline Rose Nichols. He was preceded in death by a brother, Al Turner. If so desired, memorials may be made to the Alzheimer’s Association, 106 SRP Drive, Suite A, Evans, GA 30809. The family will receive friends on Monday, October 31, 2016, from 10:00 AM until 11:00 AM at the funeral home.

The family of Mr. Frank H. Turner created this Life Tributes page to make it easy to share your memories.

Send flowers to the Turner family.