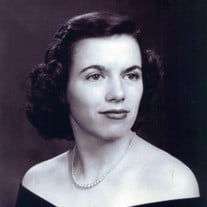 Barbara Marie "Bobbie" Clements, 89, wife of Mr. Julian Linton "Speedy" Clements, entered into rest on Monday, December 25, 2017, at University Hospital, Augusta, GA. Funeral services will be held at 11:00 AM on Wednesday, December 27, 2017, at Dearing United Methodist Church with the Reverend Kim Hancock and Jack McCorkle officiating. Interment will follow in the Dearing Memorial Cemetery. Mrs. Clements was born in Dearing, Ga. to the late Jim and Jennie Beall. She was the office manager for Coca-Cola in Thomson, Ga. After the Thomson office closed, she transferred to the Augusta Branch where she performed many duties until her retirement. Mrs. Clements started playing the piano at the age of 14 and continued as organist and pianist for 64 years at Dearing United Methodist Church. She loved to cook and was known for making the best cakes around. She enjoyed talking on the phone to all her family and friends and as a member of Dearing United Methodist she was always involved in church activities. Survivors include her husband, Speedy Clements; one son, Lint Clements (Kathy); one daughter, Lynn Neal (Glenn); one sister, Jennie Louise Pullen; six grandchildren, Russ Smith, Jim Smith, Brad Wiley, Stacy Neal, Emily Neal and Ivy Clements; one great-grandchild, Brinley Wiley. Pallbearers will be Russ Smith, Jim Smith, Glenn Neal, Brad Wiley, Buddy Kelley and Thomas Black. If so desired, memorials may be made to Dearing United Methodist Church, 161 Church Street, Dearing, GA 30808

The family of Barbara Marie Clements created this Life Tributes page to make it easy to share your memories.

Send flowers to the Clements family.