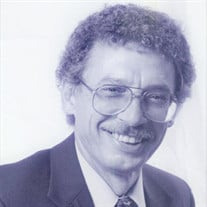 Allen G. Meredith, Sr., 77, husband of the late Valarie Mooney Meredith, passed away on Saturday, November 6, 2021. Mr. Meredith retired after 40 years at G & K Services following his service to our country in the United States Army. Allen worked all week so he could go fishing and enjoy sports every weekend. He loved the outdoors, fishing, sports, Nascar and the lake. He was a loving Daddy, Papa Meredith that will be dearly missed. Left to cherish his memory are his daughters, Kimberly Meredith and Vadra Swygert (Paul); his mother, Elizabeth Meredith; two sons, Allen Meredith, Jr. (Bri Heath) and James Powell (Marissa); sister and brothers, Carol Baldwin, Gary (Janie) Meredith and Wayne (Wanda) Meredith; six grandchildren and two great-grandchildren. He was preceded in death by his father, Charles Meredith, his brother, David Meredith and a sister, Kathy Burns. A Celebration of Life will be held at 1 PM, Monday, November 15, 2021 at Starling Funeral Home with Gary Meredith officiating. Memorial contributions may be made to The Wounded Warrior Project.

The family of Allen Garland Meredith Sr. created this Life Tributes page to make it easy to share your memories.

Send flowers to the Meredith family.